While Sir Isaac Newton may be best known for his contributions to physics and mathematics, Newton is also the forefather of modern color theory. Newton was the first to pass light back and forth through prisms to discover that white light is composed of a series of colors that cannot be distilled further. He is also credited with developing the first color wheel in 1704, which serves as the very foundation of art and design classes still today.

Even before Newton articulated the “why” behind colors and their relationships to each other, ancient civilizations from China to Greece practiced chromotherapy, a treatment that relies on the belief that specific colors had healing properties.

Artists, too, have explored the human relationship to color. Most notably is the work of Abstract Expressionist Mark Rothko, who believed that color in its purest form could elicit an emotional response. “I’m interested only in expressing basic human emotions—tragedy, ecstasy, doom, and so on,” he once said. “And the fact that a lot of people break down and cry when confronted with my pictures shows that I can communicate those basic human emotions.”

Today, our understanding of color meaning — why we feel the way we do about certain colors — remains a bit enigmatic, but it’s clear that natural elements play a significant role in our perception of color. No matter the source of our associations, it’s undeniable that colors wield the power to make us feel.

But before we get to color associations, let’s first understand the science behind color perception.

What is Color Theory?

At its core, modern color theory can be defined as an understanding of the ways in which colors relate to each other to create harmony and visual appeal.

With an understanding of the color wheel under your belt, you can begin to explore how colors relate to each other. Colors across the wheel from each other, like red and green, are considered complementary colors. Adjacent colors, such as orange, yellow, and green are analogous colors. Color schemes that embrace colors in certain relationships on the wheel are harmonious and successful in designing a room or creating a work of art.

What Do Colors Mean?

For each color on the color wheel, there are a variety of color meanings — the emotions and associations we assign to each. Many of these meanings are derived right from nature, from the green of the grass to golden rays of sunshine and blue-sky summer days. Our associations can be dramatically different, too, depending on cultural significance.

Here, we explore some of the most common associations with each hue, the qualities and characteristics they are believed to represent, and the little-known history behind their meaning.

Red is undoubtedly a bold color that can take on a variety of meanings, depending on its application. Its vibrant properties convey power and grab attention, which is why it’s a common choice for corporations and brands (look to Christie’s, the Virgin Group, and YouTube, as just some of those examples).

Across many cultures, this warm hue connotes passion and energy; love and fidelity. It is a color commonly linked with romance in Western cultures, thanks in large part to the Feast of Saint Valentine (or simply Valentine’s Day, as it is known today). In China, red is thought to bring luck at weddings, with many red accents and details incorporated into the couple’s day. In the realm of child development, it is one of the earliest colors that an infant is able to visually perceive (after black and white, of course), and it is also a festive color for some religious celebrations; seen in abundance each December around the Christmas holiday.

As a color of extremes, red can also signify danger or anger (common idioms like “raising red flags” or “seeing red” will tell you all you need to know). In nature, it is thought of as the color of fire and heat. In the end, the meaning of the color red all depends on its application, cultural context, and intended use.

Similar to its warm-tone counterpart, orange is a hue with strong ties to the natural world. From late afternoon sunshine and autumn leaves to tart citrus fruit, orange is a bright, energetic, and cheerful color.

Orange represents enthusiasm and creativity. In many cultures and religions, orange carries tremendous symbolic meaning. In Confucianism, for example, orange is considered the color of transformation. In both India and China, the word for orange actually derives from “saffron,” which is the most costly dye to produce in the region.

Beginning in the early 19th century, orange was used by Western artists to evoke a sense of warmth and excitement, particularly by Paul Gauguin, Pierre-Auguste Renoir, and Vincent van Gogh. Many of the best-known Impressionist landscape paintings prominently feature the hue, including the iconic Claude Monet composition that launched an entire movement: Impression: Sunrise.

The last of the warm base colors, yellow is the brightest and intense of all pigments, and the brightest color of the visible spectrum. It reminds us of the summer sun, daffodils in full bloom, and fresh butter from the farmer’s market.

What does the color yellow mean? With many positive associations found organically in nature, it’s no wonder that yellow color meaning is often associated with feelings of hope, happiness, creativity and joy. Optimism and friendship are also commonly associated with this sunny hue.

Like a plush lawn or leafy grove on a summer’s day, green is a color inextricably linked with the natural world. Green color meaning is often associated with rest, shade, and recreation; relaxation and tranquility. Each spring, new seedlings emerge and grow new trees and plant life, lending green as a symbol of rebirth and renewal.

In thinking of the so-called “green room” in the world of music, theater or television production — the space where performers go to relax backstage before or after their appearance — it’s easy to understand how green can make a space feel like a place of respite.

In recent years, with an increasing focus on climate change, sustainability, and human impact on the environment, the color green has become more imbued with cultural significance. “Greenery” was even named Pantone’s Color of the Year in 2017 — a shade selected each year that “best reflects the moods and attitudes of our planet”. Pantone referred to the color as “refreshing and revitalizing,” and one that is symbolic of new beginnings.

Blue is most closely associated with calmness and serenity; peace and stability. These connotations are derived from the wider world, where blue is the color of placid oceans and clear skies on a sunny day. It is also a shade commonly associated with happiness and joy, reliability, trustworthiness, and communication. For these reasons banking, technology and health care industries rely on blue in their branding. For examples, look to American Express, Visa, IBM, and Samsung.

From Egyptian Blue and Ultramarine to Prussian Blue and International Klein Blue, blue has been a favored hue in art history for thousands of years. For centuries ultramarine was only available from lapis lazuli, a semiprecious gemstone that was found in a remote mountain range in Afghanistan. Its scarcity naturally drove up the price of the pigment, which made this particular shade used mostly by wealthy patrons or for church commissions.

Blue is a perfect choice for anywhere you wish to feel most at ease. Any shade of blue—from deep navy to a whisper blue—can make a space feel tranquil and serene. Blue is one of our clients’ favorite hues, and for good reason.

Unlike other colors, purple is a hue that occurs far less frequently in nature. The purple dye trade was first established in the ancient Phoenician city of Tyre (modern-day Lebanon) with the shade “Tyrian purple”. It was derived from a species of snail so rare that it required the use of 250,000 mollusks to produce a single ounce of dye. The result, however, was an incredibly durable and vibrant shade of purple, making it a widely coveted color.

That scarcity, first observed in the ancient world, has led to associations with royalty and power over time because only the wealthiest patrons could afford items that featured the pigment. In modern branding, companies like Hallmark, Crown Royal, Yahoo, and Cadbury have embraced the history of the hue’s origin.

Today, purple is created by mixing a warm color with a cool one—red and blue—which gives the hue great flexibility in the tone it sets for a space. A bluish-lavender may feel calming, whereas a burgundy-tinged aubergine appears assertive.

White does not appear on the color wheel. Because the color wheel is rooted in Newton’s experiments with light, and white light is comprised of all visible colors in the spectrum, it is not included. Scientists point out that, technically, it’s not really a color at all.

White has been used in art for thousands of years. Its pigment was derived from limestone, a readily available material, which was ground to create a chalk for prehistoric civilizations to use in cave paintings. Priestesses in ancient Egypt and Rome were adorned with the color, and it’s still the most popular color of Western wedding dresses today. For these reasons, white has become closely associated with youth, modernity, and purity — making it a perennial favorite for kitchens and bathrooms in the realm of interior design.

Similarly, hospitals embrace white to offer the comfort of a clean, sterile environment, and it’s the go-to hue for galleries, museums and art fairs for its palette-cleansing properties. As a “color” rooted in light, we love its clean, breath-of-fresh-air feel.

When it comes to selecting colors for your space, there are no right or wrong answers. No matter the desired look, there’s a color — and a shade — to help you achieve it. 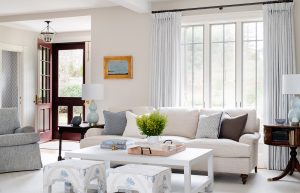 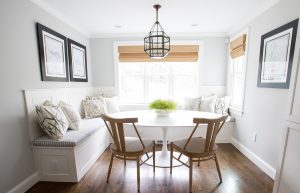 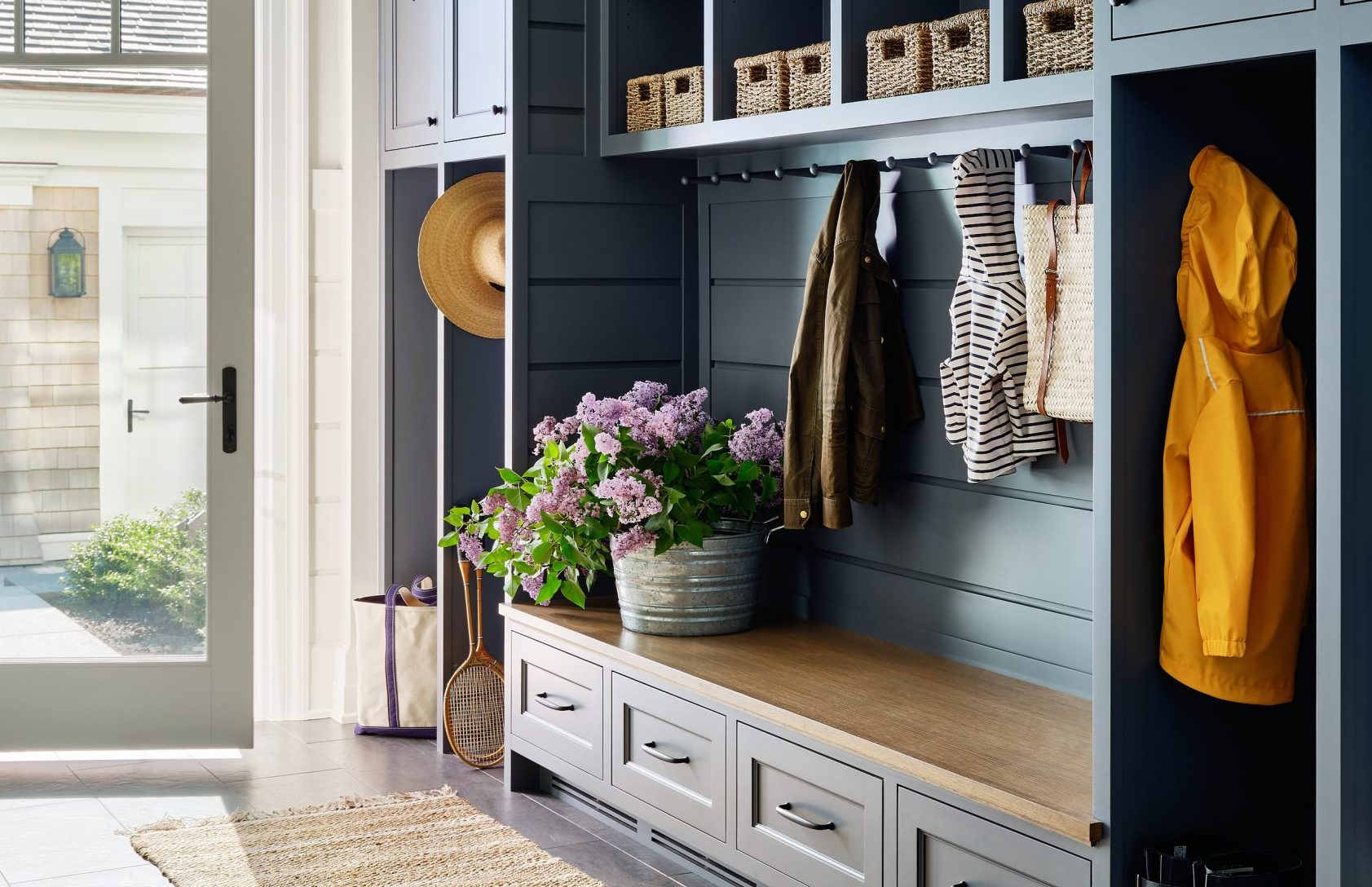 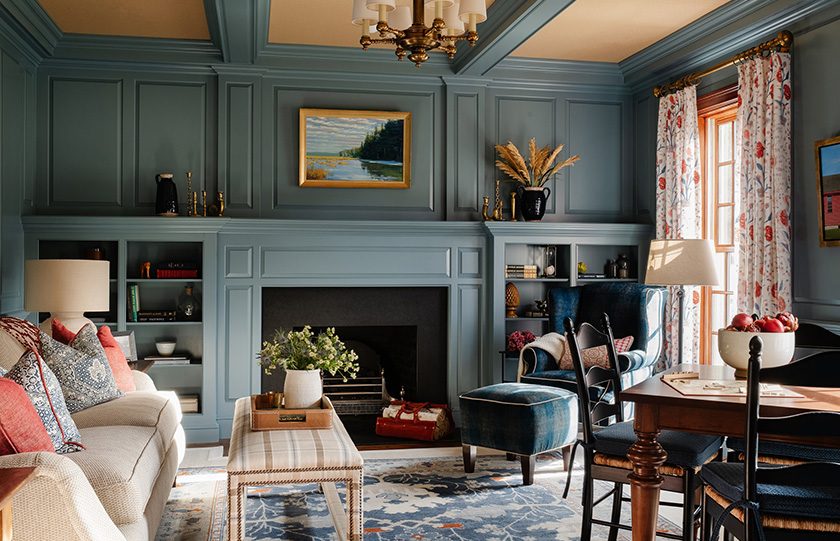 Designing with a Bold Color Palette: Ideas for Your Home 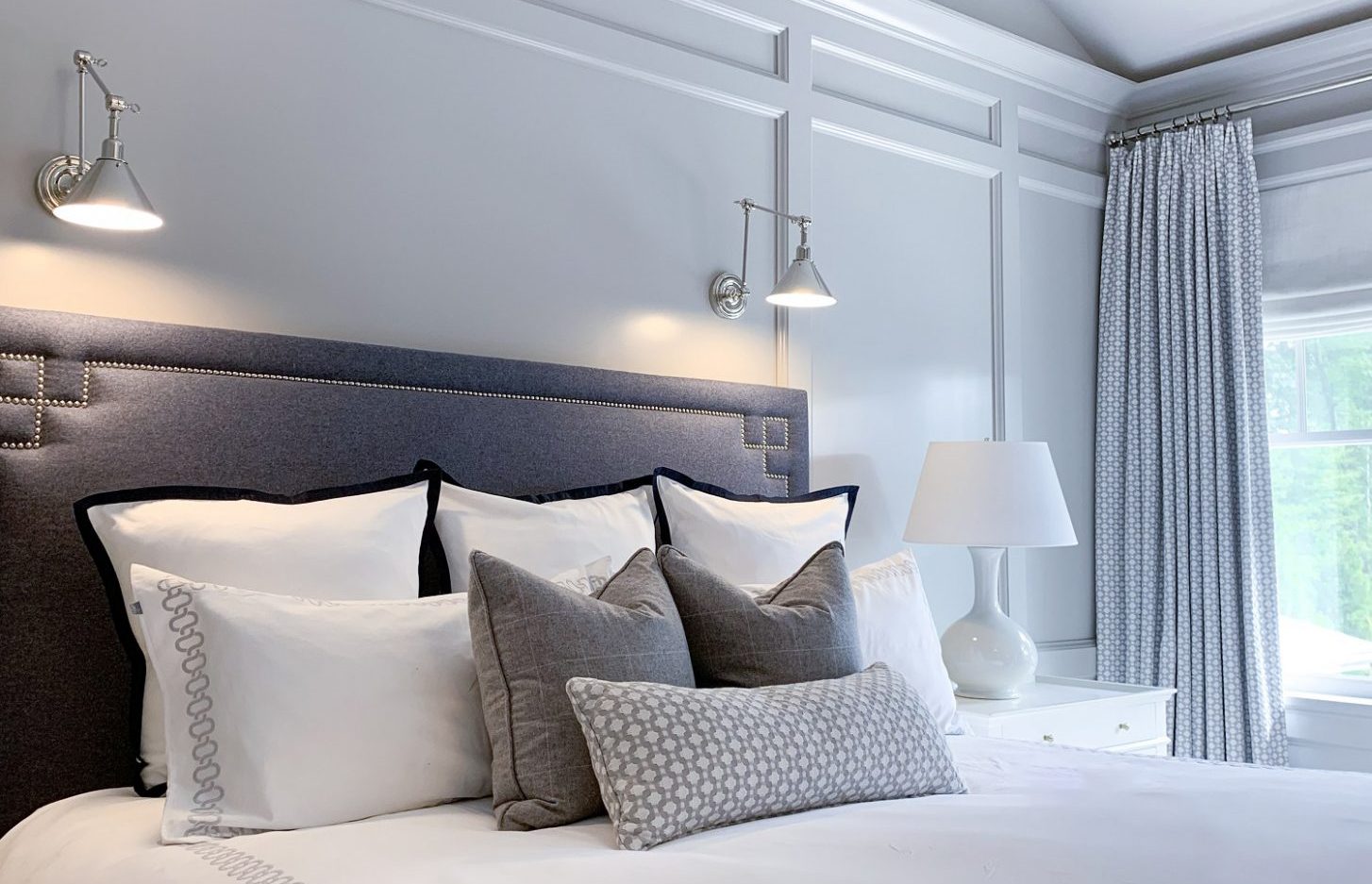 The Guide to Types of Light Fixtures  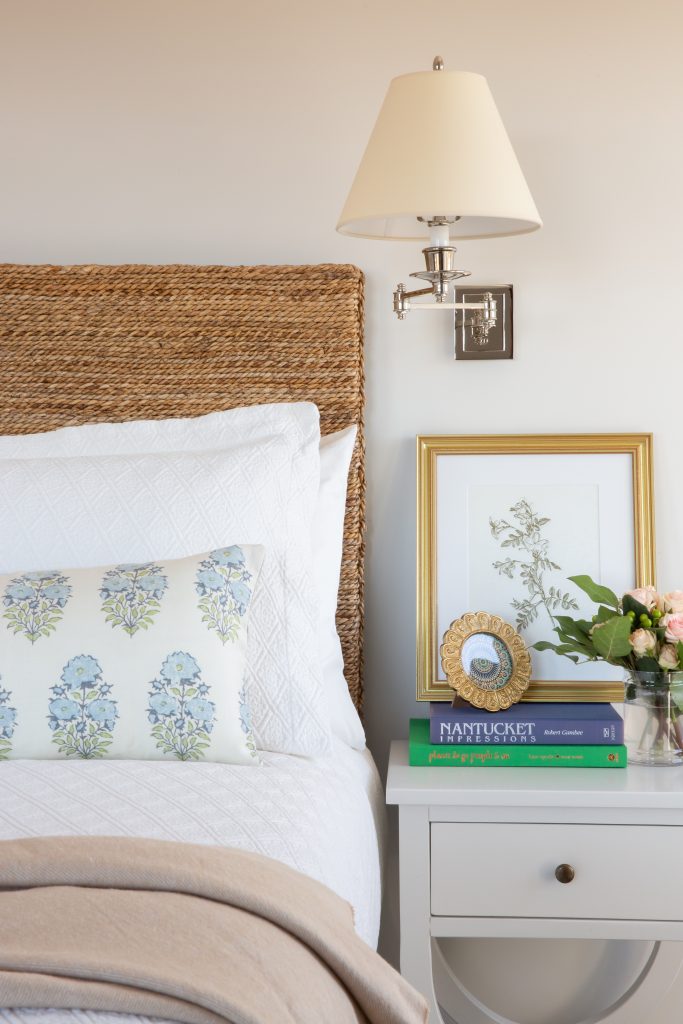